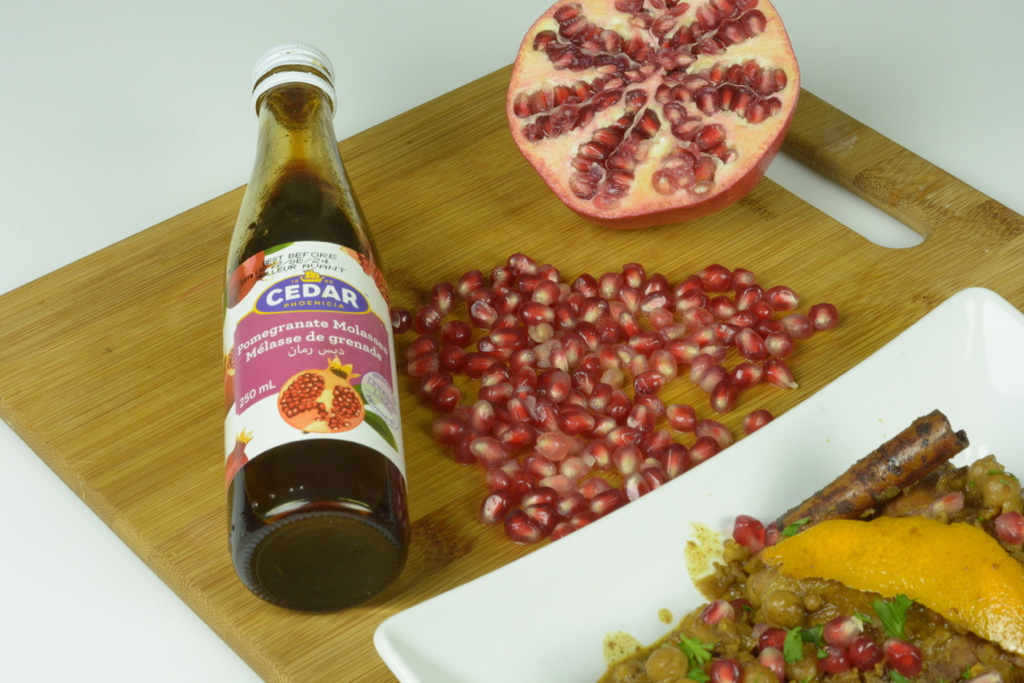 Pomegranate molasses is thick, dark syrup made by reducing pomegranate juice. The juice comes from pomegranate arils and the molasses has that same unique taste. It’s a concentrated combination of sweet and sour that adds acidity to many dishes.

Pomegranate molasses might be one of those weird ingredients but to experience the variety of flavours from cuisines around the world you need to try some unfamiliar ingredients.

I use it in Lebanese and Persian recipes and recently bought some to make Persian Chicken Stew. I’ve been experimenting with it ever since and a few of you wanted to know more ways to use it so this post is an overview on pomegranate molasses with suggestions for substitutions.

Pomegranate Molasses vs Concentrate vs Syrup

Pomegranate molasses is the same as pomegranate concentrate and pomegranate syrup. Use the amount called for in any recipe using these names.

Pomegranate molasses is gluten free. Seasoned celiacs know that food manufacturers can sneak wheat into anything so remember to always check the label.

How to Use Pomegranate Molasses

Adventurous cooks need multiple ways to use all the ingredients they buy. Like balsamic vinegar, a little goes a long way so let that guide you as you experiment.

Where To Buy Pomegranate Molasses

I buy pomegranate molasses at a Middle Eastern grocery store near me but you can find if on Amazon and probably have it by tomorrow.

The Recipes – When is pomegranate season?

Pomegranate season goes from October through January but where I live I don’t start to see them until November and by January they’re getting hard to find. When I think of recipes I lump together anything using fresh pomegranates, the molasses and the juice. These are my go-to recipes for pomegranate.