German Chocolate Cake is a cake my mom made when I was a kid. Her version used wheat flour but when memories of this cake came up during a family discussion I decided I’d make a gluten free version. 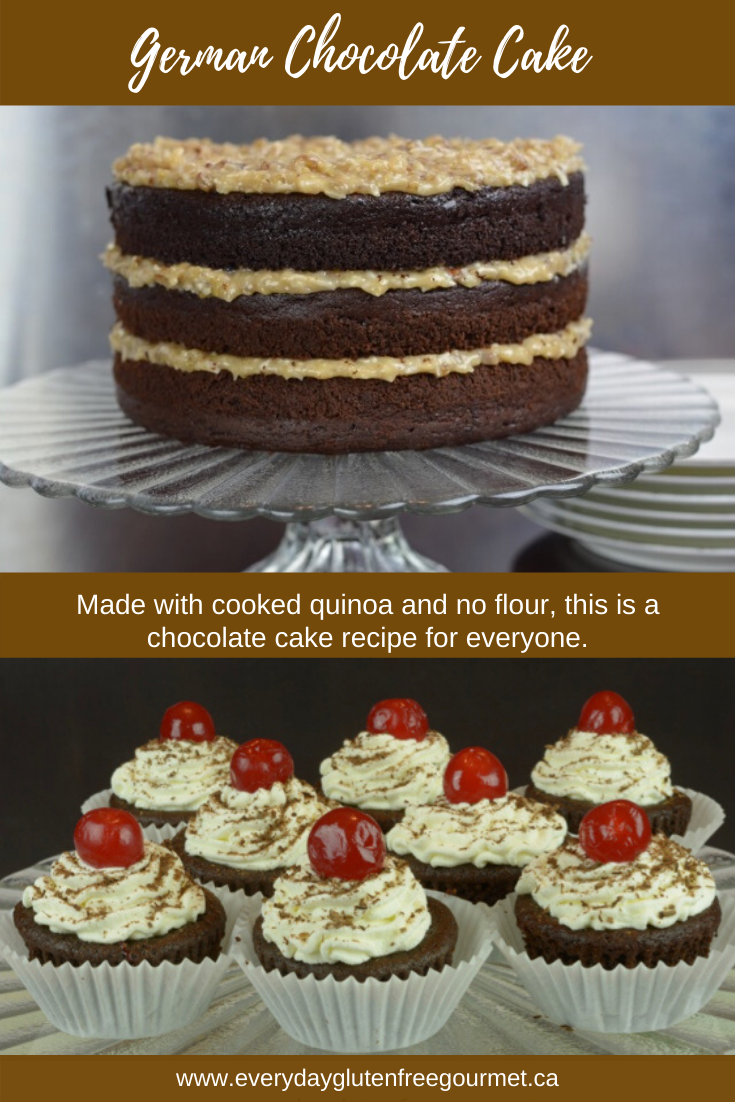 If you have ever baked you are likely familiar with Baker’s chocolate sold in boxes in the baking aisle at every grocery store. Available in unsweetened, bittersweet, semisweet, dark and white. In the 1950’s one of the choices was German’s sweet chocolate. It was named after Samuel German, an English-American chocolate maker.

Baker’s does not sell German’s chocolate anymore but I didn’t feel obligated to use any particular chocolate for this cake. I just wanted a good gluten free chocolate cake. The traditional filling of coconut, pecans and evaporated milk would transform any cake into the memorable dessert we all had in mind.

Have you heard of ‘that quinoa chocolate cake’? This is it, a cake made with no flour, just cooked quinoa. The kind you may have in the cupboard to cook in place of rice, or to make a cold salad. It is available at grocery stores everywhere.

I first saw this cake recipe in the popular cookbook Qunioa 365 The Everyday Superfood written by sisters Patricia Green and Carolyn Hemming. They are local authors and their cookbook is an award winner.

When my mom made her German Chocolate Cake it had three layers. This quinoa chocolate cake recipe only makes two layers. You can make your cake with just two layers, I’m sure no one would complain. But I wanted it to look the way my mom made it so I made a three-layer cake.

To get three layers I simply made the recipe twice. After using three layers I put the extra layer in the freezer, perfect for emergency use. Here is my suggestion for that kind of food emergency.

The filling recipe makes a generous portion, too much really for the three-layer cake. But the recipe uses a whole can of evaporated milk and I like recipes that use the whole can (no leftovers there). The excess filling also keeps in the fridge for weeks so I don’t think it’s a problem. Then one night, the night of a food emergency, when you are looking in the fridge you’ll see it. If you did put that single cake layer in the freezer you can make yourself a few pieces of layered cake. Simply cut the cake into four, six or eight wedges. Use the leftover filling and make a few pieces of layered cake. Now that’s what I call leftovers.

This is a year round cake that can be varied with many fillings or your favourite fresh fruits. This is how I made the same recipe for a Valentine’s Day cake. 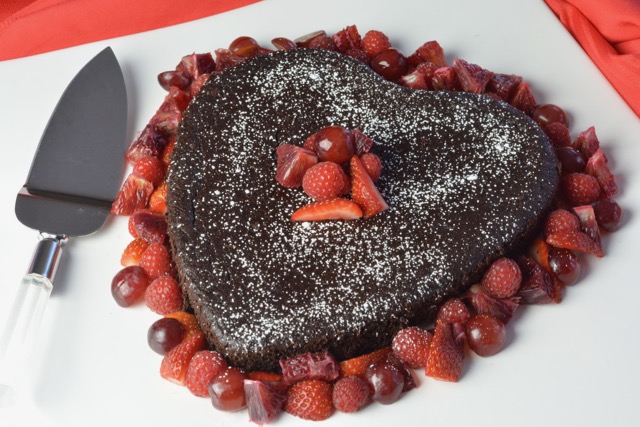 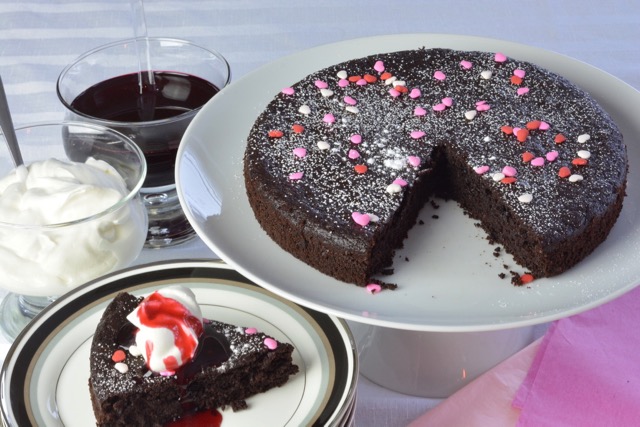 Let me know in the comments below if you tried this cake.