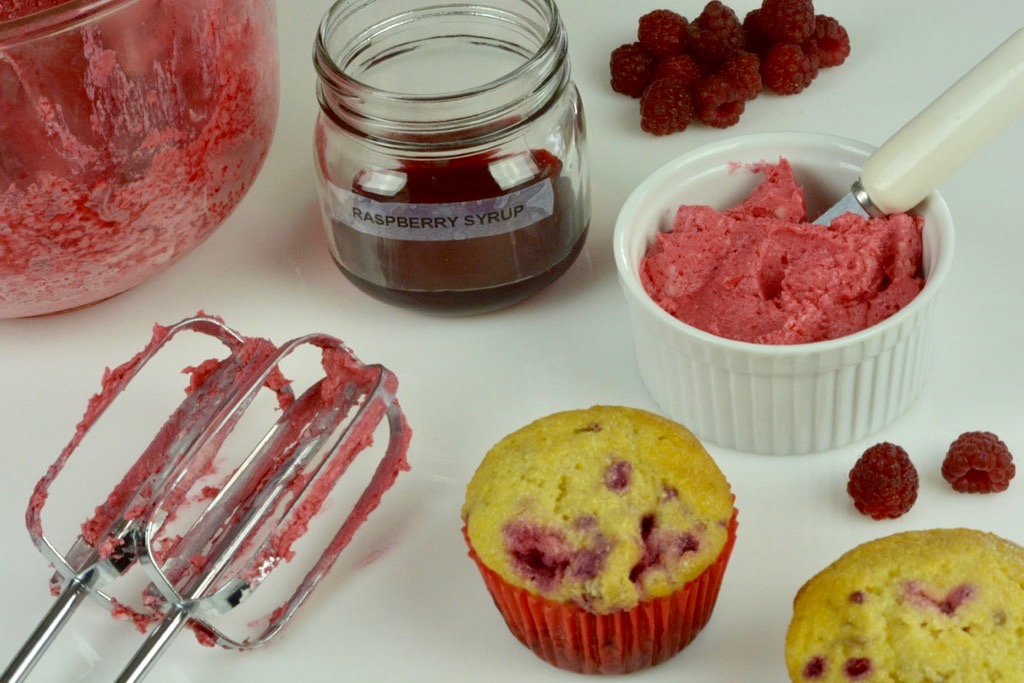 Homemade Raspberry Butter is a luxurious treat for me even though I have a nice big raspberry patch right in my backyard and make it every year. Compared to strawberries and blueberries, raspberries have a short growing season and they don’t travel as well so they just aren’t as plentiful. That makes them special to me.

When you cook with a seasonal approach you know when different fruits and vegetables are at their peak. That means you can plan to enjoy raspberries as soon as they’re growing locally and use them as many ways as you can think of. That’s what I do with the raspberries in my garden and I like to try a new recipe each year too.

I look forward to the first handful I eat, standing in the garden, and I keep picking them as often as I can. Two special treats I make each year are homemade raspberry syrup and this raspberry butter. I wouldn’t normally put butter on a muffin but when I have raspberry butter I put it on everything. Pancakes, waffles, biscuits, cornbread and muffins, you name it and I’ll try it. What else would you put it on? Banana bread maybe?

Over the years I’ve made many special raspberry desserts. Some are more memorable than others but one I make every summer without fail is a fresh Fruit Tart with vanilla cream. I usually glaze the fruit for a beautiful finished look but this week I ran out of time and had to take them like you see in the photo as I ran out the backdoor to my friends house. The Raspberry Swirl Chocolate Cheesecake Brownies were a special request from my son and another way to use my raspberry syrup. Here are two photos from this crop of raspberries.

Get The Tools – Raspberry Butter and more

An electric hand mixer or a stand mixer is best to make this raspberry butter. If you’re planning to make some nice desserts I use my 8-inch square baking pans and I have several shapes and sizes of tart pans with removable bottoms.

Whether you make raspberry butter with berries from your garden, someone else’s garden, a Farmer’s Market or the grocery store I hope you enjoy it. If you do, let me know in the comments below what you spread it on.