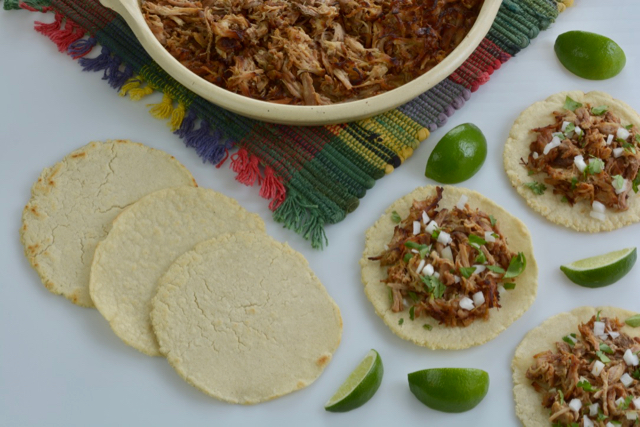 Mexican Pork Carnitas are a version of pulled pork. The succulent strings of pork are folded into or piled onto homemade corn tortillas. This deliciousness awaits you!

In the west, Mexico is the popular winter destination for fun in the sun. With winter vacation closer to home for me I thought serving up Mexican Pork Carnitas might just be the next best thing.

Serve Pork Carnitas for a regular dinner or host a Mexican Fiesta. Create a culinary adventure and be sure to include the making of homemade corn tortillas part of the fun. The job is way easier with a tortilla press but making them takes a bit of practise. Be sure everyone gives it a try and you may just find, or create, a tortilla making expert.

Carnitas simply means ‘little meats’ and there are endless recipes offering different way to season it. Some suggest cooking the meat with nothing other than oranges and milk while others include spices and Mexican Coca-Cola. The Coke in Mexico is made from cane sugar instead of corn syrup and has a slightly different taste (or so they say). I’m sharing this recipe made with regular grocery store Coke and it’s perfect for my everyday style of cooking.

I’ve made pork carnitas both in the oven and in an old-fashioned Crock Pot (AKA slow cooker). Both methods are simple and I’m sure it would also be easy in an Instant Pot,  I just don’t have one. In this recipe I’ve included instructions for both the oven and slow cooker methods. For my everyday palate I think the taste is going to be about the same. 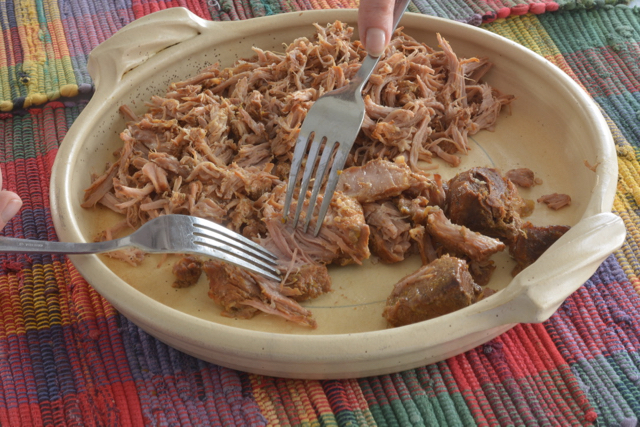 The typical method of pulling pork is to use two forks. When the meat is warm (that is the key) and perfectly cooked this is simple. Just get in there with a fork and start pulling, you’ll see why it’s called pulled pork. The job takes a bit of time so plan accordingly. The meat can be pulled and then set aside and reheated many hours later or even the next day. If you like kitchen parties time the meat to be done just as guests arrive and designate some carnivore to do this job. 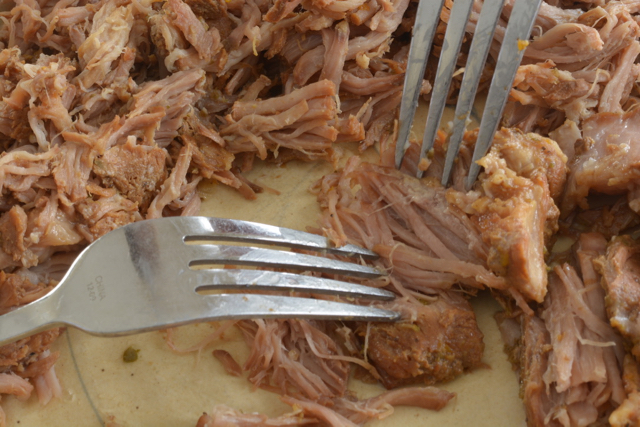 Do you want the meat soft or crunchy, you get to decide. Some people prefer the meat soft and succulent just as it was pulled. Others love to brown the meat after it is pulled creating crispy, caramelized bits of deliciousness. On the night we made these Pork Carnitas that’s what we were going for.

Authentic corn tortillas are made with masa harina and we love the unique aroma and taste. With a bit of effort you can set yourself up for making these and you will be rewarded over and over. Once you’ve done it a few times it becomes pretty easy to whip up eight or sixteen tortillas. I describe my step-by-step process in this post on how to make Corn Tortillas. 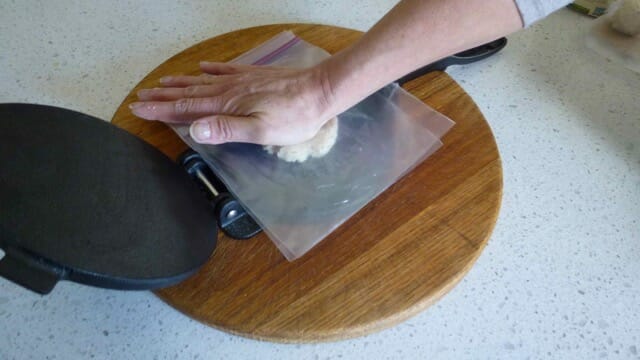 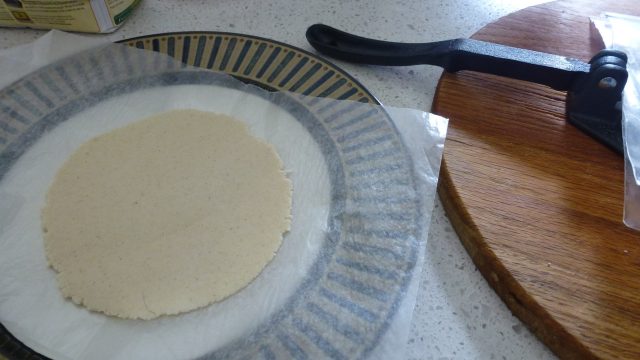 The final dish is as individual as you but I encourage you to resist the urge to top these with your usual taco toppings. Some say Pork Carnitas must be topped with only chopped white onion and fresh cilantro, so of course we tried that. I intentionally made small tortillas so we could experiment with different topping combinations. I served a selection like this:

Let me know in the comments below if you tried these Pork Carnitas and if you made fresh corn tortillas.